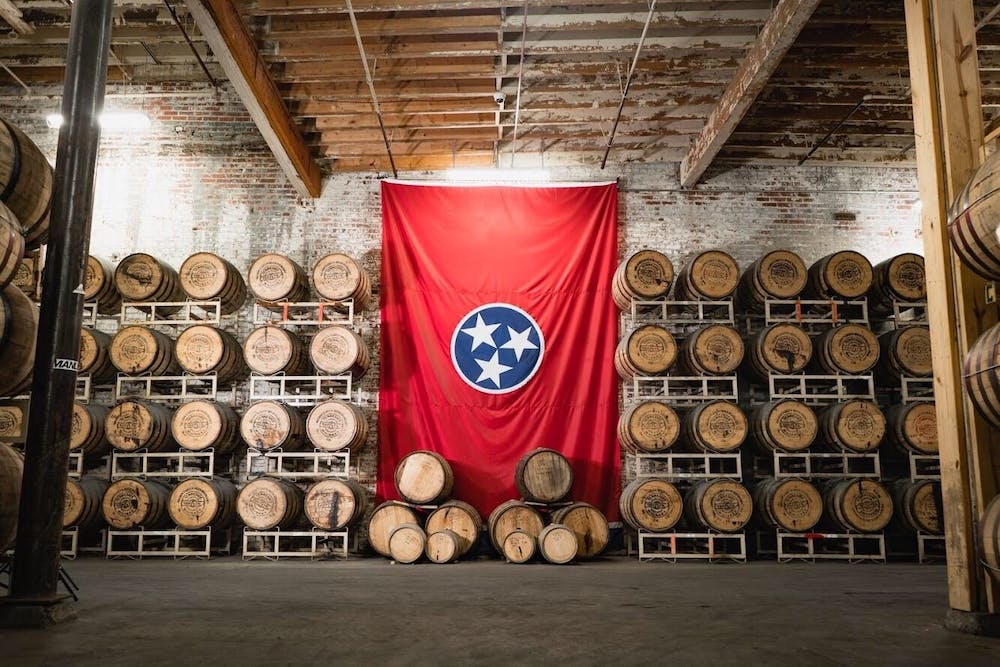 Pub crawls are a great way to experience Nashville. But sometimes, you need to get out of the city to find a great experience. Nashville is located near some of the country’s best distilleries. And the good news is that you can visit and tour these historic places that provide the country with delicious spirits.

So if you’re looking for a great activity that’ll still have you back in Nashville with plenty of time to head out on a curated pub crawl, we’ve got you covered. Here are the top distilleries in Tennessee.

Charles Nelson began distilling spirits at the ripe age of 17. His personal story includes a sunken ship taking him to America which cost his family all of their money as well as the life of his father. Charles was forced to go into business and he learned many trades, including distilling.

The Green Brier Distillery offers tours of their facility in Nashville, TN. See how the historic whiskey is made and enjoy the atmosphere of hundreds of years of experience.

Visit The Ville Tours for the best pub crawl in Nashville!

The distillery is located in Lynchburg which is about an hour and a half away from Nashville. It is in a dry county, but the distillery is still allowed to offer small tastes of their product on the tours. Visit the barrelhouse and enjoy a flight of five Jack Daniel’s products at the end. You’ll learn their entire brewing process from the river out front, to the charcoal filtering, to the role of the whiskey barrel.

The Cascade Hollow Distillery opened its doors in 1878 after George Dickel grew a reputation in the area for his delicious whiskey. Dickel chills their whiskey before the charcoal-filtration step because George preferred to make his whiskey in the winter as opposed to the summer.

Choose between two tours of the distillery. The Cascade Hollow Distillery Tour walks you through the fully functional distillery and explains the process of whiskey-making. The Heritage Tour takes it one step further and offers an expanded tasting experience.

Cascade Hollow is a small town outside of Manchester that might not look like it has much to offer. But this small town an hour and a half outside of Nashville is where you’ll find one of Tennessee’s prized distilleries.

Leiper’s Fork Distillery might not have the history of the last two distilleries, but that doesn’t mean they don’t make a high quality product. They aim to build upon the history laid before them by others and operate within it. Small batch whiskey has deep roots in Williamson County, and Leiper’s Fork wants to bring that history forward with them.

Leiper’s Fork is located on the outskirts of Franklin, which makes it a short drive from Nashville. Distillery tours operate every day besides Monday. The distillery tour provides an intimate look at their process as well as history of distilling in the area.

For those that really want to dig in, they offer a Distiller’s Tour. Explore the still house with Master Distiller, Lee Kenedy as he walks you through the process of making his whiskey.

Bruce Boeko decided to put his brain to work opening a distillery in 2016 after working as a DNA laboratory director. Nashville Craft Distillery has operated with a focus on using local and regional ingredients ever since. They produce whiskey along with gin, sorghum spirits, as well as other craft spirits.

Located in Wedgewood-Houston just outside of downtown Nashville, taking a tour of the distillery doesn’t take more than a few minutes of travel from the city center. The tours are led by Boeko and fellow distiller Rachel Sykes. Catch them Tuesday through Sunday and be sure to call ahead with groups larger than six people.

Tenn South began with the ambitious goal to marry traditional styles of whiskey-making while also incorporating modern twists. With the help of state legislation in 2009 that legalized whiskey distilleries in 41 Tennessee counties, Tenn South got to work. They positioned themselves to make use of naturally-occuring limestone water filtration which incorporates an advantageous mineral composition.

Tours are offered in their Distillery located in Lynnville just an hour and a half south of Nashville. Visit their 28 acres and learn more about their unique method of producing Tennessee whiskey.

Although Corsair originally opened their doors in 2008 in Kentucky, they’ve been in Nashville ever since 2010. Their products have received a lot of recognition over the years, winning over 800 medals at national and international competitions. They have two locations in Nashville. The first is in Marathon Village which produces more batch craft beers, and their headquarters in the Wedgewood-Houston area where they produce large amounts of whiskey.

Both locations are open for tours. The Marathon Village location offers a glimpse of their original location where they now brew beer alongside their spirits. The Wedgewood-Houston location provides a view of their still, barrelhouses, and bottling line.

Contact The Ville Tours today and set up your Nashville pub crawl!