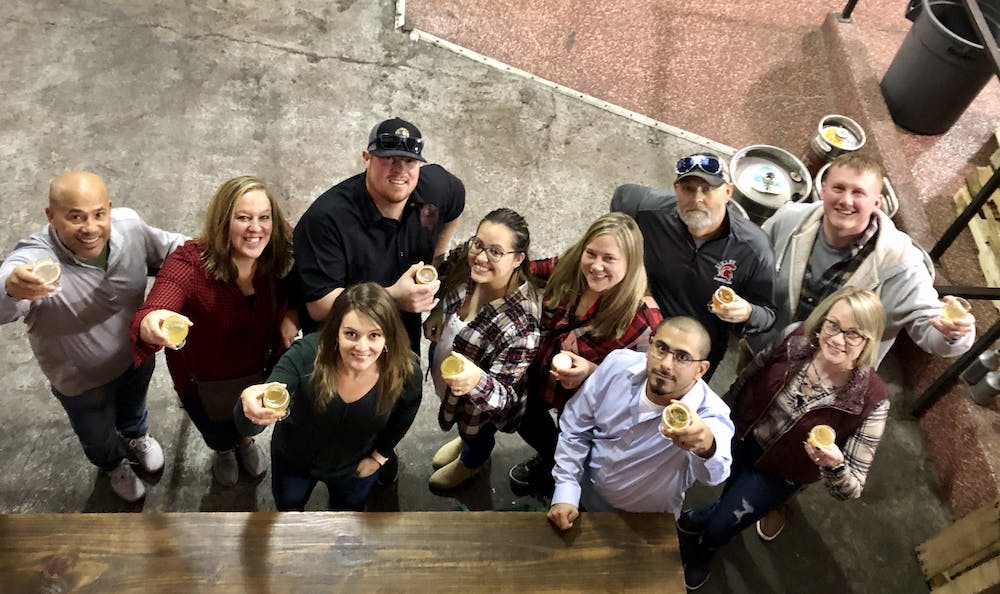 Nashville is known for cool music, hot chicken, and cold beer. There are plenty of local breweries serving up mugs of fresh beer that you can’t find anywhere else. No matter what type of brew you are looking for, there is somewhere in Nashville that is serving it up in a great atmosphere. And if you’re looking for things to do in Nashville, tasting a locally-brewed beverage is a great way to experience the city. Here are our favorite places to see what Nashville has to offer.

Located just outside of downtown Nashville on the other side of the Cumberland River, Little Harpeth Brewing is serving up some of the city’s tastiest beer. They focus on German lagers that are made in the style of pre-prohibition Tennessee. They are proud of their heritage, and try to use that to inform every beer they brew. They do this by using local ingredients whenever necessary. They also place a high importance on using the latest sustainable methods in how they operate their business.

The taproom is open Wednesday through Sunday, but the weekend hours depend on what special events they have going on. The area is available to rent out for parties, and they frequently host live music.

New Heights has been serving their brews to Nashville since 2014. They serve the beers that they like the most—anything from imperial stouts, to IPAs, to ales. This is a small craft brewery ran by the head brewer and his wife. And this family mentality informs their day-to-day operations. Born of a labor of love, New Heights lets that love shine through in the care they put into each beer.

Visit their tasting room (and have some delicious pizza) or take a tour of the brewery. Every beer drinker is sure to find something they like.

Located on Main Street in East Nashville, Smith & Lentz strives to be a neighborhood hangout. Their beer garden, tap room, and brewery are open seven days a week. They are family-friendly, dog-friendly (on the back patio), and allow customers to bring their own food.

Their offerings change with the seasons, although they focus on lagers and IPAs. Their menu is extensive which basically guarantees that if you like beer, you’ll find something here that you’ll truly enjoy.

Tennessee Brew Works opened at the end of 2013 just south of downtown. They live up to their name in that they only use natural ingredients sourced from local farms whenever they can to brew their beer. Their idea for Tennessee Brew Works started when some friends began experimenting with brewing beer in a kitchen. They soon turned all of their friends and family into craft beer connoisseurs, who in turn encouraged them to open their own space.

Now their taproom is a local meeting place. No matter if you’re looking for great beer or food, Tennessee Brew Works has you covered. And not only that, they host live music six nights a week. Go on a behind-the-scenes brewery tour and get a glimpse at what goes into each and every delicious cup or can of beer. Whether you’re looking for a fun night out, a bite to eat, or a cold beer, Tennessee Brew Works has it all.

Yazoo is the oldest brewery on our list, with roots all the way back to 2003. They were the first production brewery in Nashville since prohibition and started by selling and distributing kegs of beer to local restaurants. After a lot of local fanfare, they began bottling their beer in 2005. They expanded their brewhouse and opened a taproom in the gulch in 2010 in the popular Gulch neighborhood.

But recently they’ve expanded to a massive 6.5 acre campus in Madison. They serve their award-winning beer, host the occasional food truck, and offer tours of their massive brewery.

Black Abbey specializes in Belgian-inspired ales that are as delicious as they are unique to the Nashville beer scene. The beer is inspired by a traditional method of brewing that is over 600 years old. In fact, the tradition goes all the way back to Katherine von Bora, wife to Martin Luther.

If the history isn’t enough to lure you in, the delicious beer will be. They offer brewery tours and small plates in the taproom, but they frequently host food trucks on Friday and Saturday nights.

The Ville Tours offers one of the best things to do in Nashville after visiting a brewery: A downtown pub crawl! Visit The Ville Tours and learn more today.